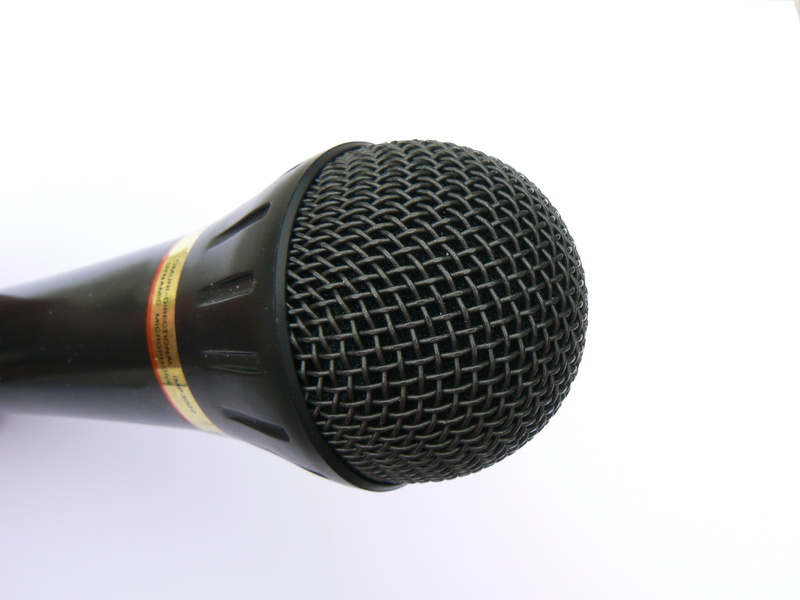 The parable of the talents is a familiar story to many of us. The two servants who make the most of their talents are rewarded; the one who hides his talent is condemned to darkness and has the talent taken away. I’m not going to say very much about this, except to note two things.

First, the key word in this parable is ‘trust’. When the master praises the two who have done well, he says the same thing to both of them: ‘Well done, good and trustworthy slave. You have been trustworthy in a few things; I will put you in charge of many’. This is the Master’s money they are dealing with. He has gone away, and left them to get on with it. The first two have shown that they can act wisely on his behalf.

The second thing to note is that the one who hides the money is not dishonest, or lazy, or stupid. He is scared. He is so frightened of getting it wrong that he does nothing at all. I wonder how often we stop ourselves doing something for fear we might mess it up or look foolish.

I’ll leave those thoughts there. I want to turn now to some people who demonstrated their own initiative, their own trustworthiness. The three servants in the parable are men; we’re going to look at three feisty women. The first of these is Deborah.

After God’s people had entered the Promised Land, led by Joshua, they were led by a series of Judges. These were local leaders, as well as ruling on matters of law. Deborah is unusual: she is a woman, and she is a prophet. Let’s hear part of her story.

The people of Israel have been oppressed for 20 years by the cruel king of Canaan and cry out to God for help. Deborah is called to the rescue. But how? Rescue means fighting the commander Sisera, and Deborah is not a warrior; she can’t fight him herself. But she knows a man who can. She commands Barak to muster an army and position them on Mount Tabor. Because he has Deborah’s backing, he can raise an army of ten thousand. Meanwhile, she will deal with Sisera and get him to bring out his army ready to fight.

The story goes on. Barak has his army at the top of the hill. Sisera brings out his army, including 900 iron chariots – but Mount Tabor is too steep for the chariots so they set up in the valley. When Deborah gives the word, Barak and his men charge down the mountain and the whole of Sisera’s army is thrown into panic. A chariot in a panic is a liability. Sisera jumps out and runs off on foot; the rest of his army is killed.

Deborah has used her wisdom to work out a plan, and her authority as a judge to get these powerful men to carry out her plan. Smart woman.

Sisera the Canaanite commander runs for his life to an encampment of the Kenites, distant kinsmen of the Canaanites, where he hopes he might be safe. Oh, and what a relief! Here is Jael, wife of the Kenite leader Heber, and she’s welcoming him into her tent. Oh, get me in, get me out of the way, hide me!

Jael is our second very smart woman for today. In you come, Sisera. Nothing to fear here. She is the very model of gracious hospitality. She covers him with a rug; when he asks for water, she brings him milk. Very soon, worn out with fear and running and the battle and now warm and safe, he falls asleep. And Jael calmly takes a tent peg and hammers it through his skull. The Kenites are more distant kinsmen than he thought, and see the Canaanites as enemies. When Barak turns up in pursuit of Sisera, Jael shows him the body.

Jael, like Deborah, used her wits; she used her position as a leader’s wife to offer hospitality without raising suspicion, and the diplomacy of that role to stay calm in the presence of an enemy. She had no weapons, but she used what she could find – in a nomadic encampment there were always tent pegs and hammers to hand.

I was reminded of the story of Jael and Sisera, partly because it follows on from the reading about Deborah which is in the lectionary for today, and partly because of a striking painting of it by our third strong woman for today, the artist Artemisia Gentileschi. It’s included in the exhibition of her work in the National Gallery, and you can see it online on the National Gallery website.

Artemisia was born in Rome in 1593 – Elizabethan times. When she was 12, her mother died and her father, an artist, took her to his studio to help out. It turned out she had great talent, and she became a painter in her own right. Having her own studio was a blessing but made her vulnerable: she was raped by another artist, Agostino Tassi. He promised to marry her but broke the promise. Her father took Tassi to court and won but Artemisia’s reputation and honour were ruined. Brought up with a deep faith, she considered joining a convent. But God had other plans. Her vocation was painting, and she moved to Florence where she established herself as a successful court painter.

She was particularly skilled in painting women, and used her skill and the insight of her own experience, perhaps including her anger, to paint powerful Biblical scenes. These are no Sunday School illustrations. She chose women like Jael in acts of extreme violence. Another shows Judith beheading Holofernes. In a world that was very much a man’s world, in a Bible mostly written by and featuring men, Artemisia drew out the brutality and the strength of the women’s lives, and enriched the understanding of us all.

So: Deborah, Jael and Artemisia. Different women, different gifts, but each one able to draw on her own situation, her own experience, and her own gifting, to do what was needed at the time. Each one, in her own way, did something powerful for God. We might not be in Deborah’s role or have Artemisia’s talent, and please watch yourselves with the tent pegs. But each of us has something that God has given us and something that God can use. Let this be a time to put aside false modesty, and our fears, and to reclaim our gifts and our strength – and to let God use all that we have and all that we are, in whatever way God needs. 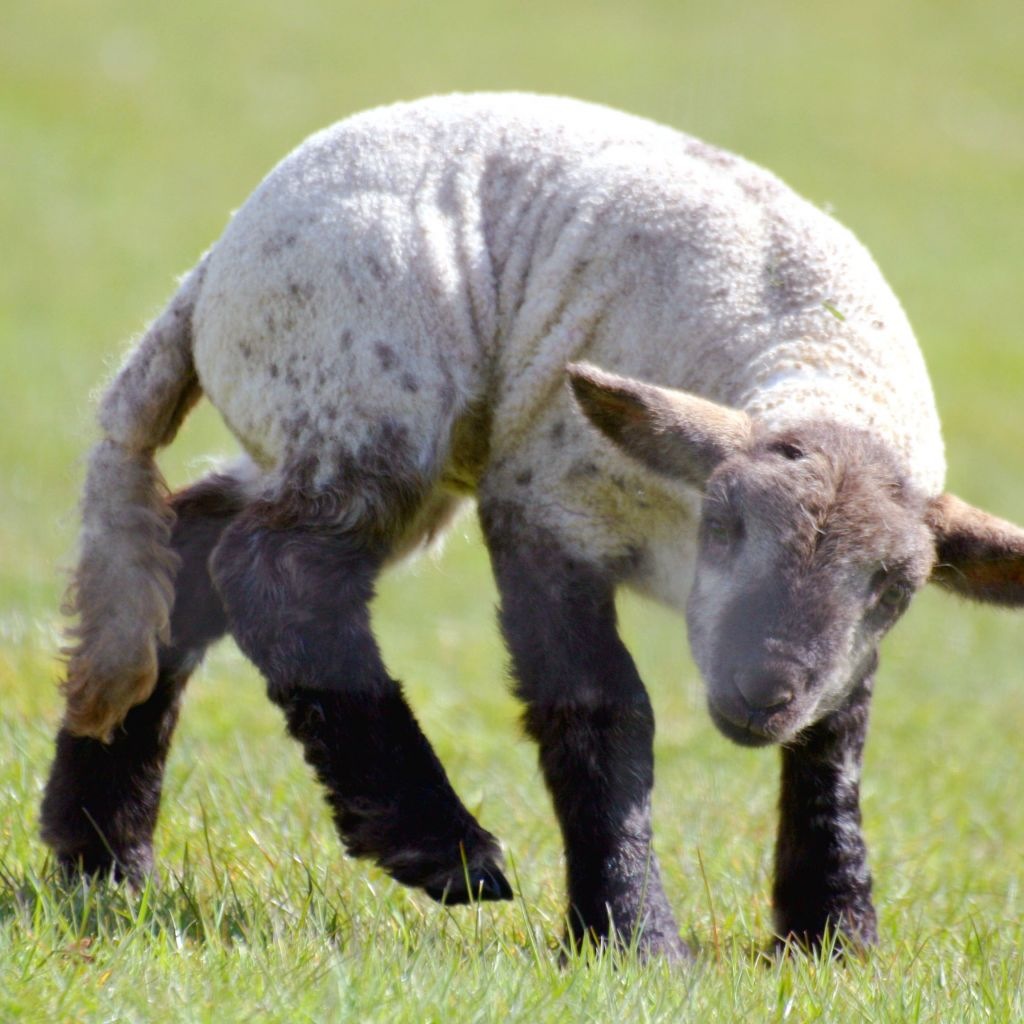 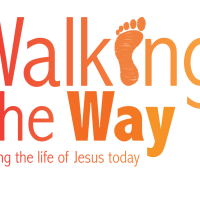 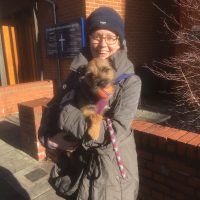 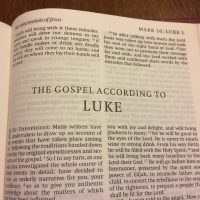